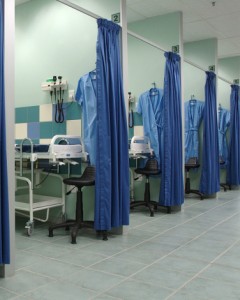 The Road Ahead for ObamaCare: A Guide

Now that President Obama’s health-care law has survived review by the U.S. Supreme Court, what will it actually do?
posted on July 13, 2012, at 10:40 AM, TheWeek.com

Thanks to ObamaCare, starting in 2014, uninsured people who don’t qualify for Medicaid will have to get insurance or pay a tax penalty.
What is the purpose of the law?
The Affordable Care Act, or “ObamaCare,” was cobbled together to address two huge problems with our existing health-care system. The first is that nearly 50 million Americans have no health insurance, and thus get no care until they are very sick or injured and show up at hospital emergency rooms — forcing others to assume the cost of that care. The second problem is that overall health-care costs are on an unsustainable trajectory, driven by expensive new medical technologies and drugs and by a fee-for-service system that rewards doctors and hospitals for providing more tests and more treatment, rather than for making people well. Health-care spending now consumes 18 percent of our economy; over the last decade alone, Medicare costs and private insurance premiums have doubled. “The status quo is unacceptable,” said Rep. Tom Price (R-Ga.), who is also a doctor. “Everybody agrees on that.”
How will the uninsured get coverage?
Every state will be required to set up marketplaces known as exchanges that offer a menu of private health-insurance plans. People who do not get insurance through their employers can choose the insurance plan from the exchanges that best fits their needs and budget. Federal subsidies will be available to help offset the costs for lower- and middle-income families. A family of four making between $23,050 and $92,200, for example, will be eligible for a sliding scale of tax credits for plans purchased through the exchanges. People who were prevented from obtaining insurance because of pre-existing conditions will no longer be denied coverage, and will be eligible for rates comparable to those for healthy people. For about 17 million people whose incomes are so low that they cannot afford insurance at all, the law will expand Medicaid coverage, at an estimated cost to the federal government of $930 billion between 2014 and 2022. (The Supreme Court ruled that the government could not force states to go along with Medicaid expansion, and more than a dozen Republican governors in red states have indicated that they will not participate — meaning that efforts to broaden coverage in those states may fail.)
Will the law cut costs?
That remains to be seen. The cost-control mechanisms built into the law are experimental, and are based on the premise that about 30 percent of health-care spending is wasteful. To slow the rising costs of Medicare, the law will empower a panel of medical experts to recommend cuts in reimbursements to doctors and hospitals. A separate panel will conduct statistical studies of “outcomes” — whether specific kinds of care actually work — and use its conclusions to pressure doctors and hospitals to provide more-cost-effective care. Some hospitals will be offered incentives to “bundle” costs based on a patient’s comprehensive treatment, rather than charging fees for every service provided.
Does ‘ObamaCare’ raise taxes?
Yes, although less than 10 percent of Americans will be directly affected. The new taxes mainly affect “free riders” on the system who refuse to get health insurance, and taxpayers making more than $200,000 a year. Beginning in 2014, uninsured people who don’t qualify for Medicaid will have to get insurance or pay the tax penalty. The tax will begin in 2014 at $95 or 1 percent of a person’s taxable income, whichever is greater, and will rise to $695 or 2.5 percent of income by 2016. People making more than $200,000 a year, meanwhile, will pay a 0.9 percent increase in Medicare payroll taxes, and a new 3.8 percent tax on investment income. And beginning in 2018, there will be a 40 percent tax on so-called “Cadillac” health plans with lavish benefits, in an effort to discourage employers from offering those plans. Relative to the overall size of the economy, the health-care law’s tax increases — totaling about $600 billion over 10 years — are about the same size as Bill Clinton’s 1993 tax increase, and much smaller than Ronald Reagan’s 1982 tax hike.
Will the law increase the deficit?
The Congressional Budget Office says no. It estimated last year that the law’s provisions would actually reduce the deficit by $210 billion over 10 years. These savings will come from controlling Medicare costs; billions of dollars in new fees on pharmaceutical companies, insurance providers, and medical device manufacturers; and tax revenue from uninsured people and Cadillac plans. But Republicans accuse the White House of using accounting tricks, and insist the law will add at least $340 billion to the deficit over the next decade. In the end, ObamaCare’s impact will not become clear until it is fully implemented, in 2018 — unless Republicans make good on their promise and repeal the law in January 2013.
Defying the mandate
When is a mandate not truly a mandate? The health-care law does not truly compel Americans to have health insurance; it simply levies a tax on those who refuse to get it, with no other means of enforcement. As a result, millions of people may decide that it’s cheaper to pay that tax penalty than to buy a policy. Even with subsidies from the government, for example, it will likely be cheaper for a family of four living on $45,000 a year to pay the penalty than to get the most basic and cheapest plan offered on the exchanges. The Congressional Budget Office has estimated that 4 million people will opt to pay the tax instead of buying health insurance by 2016. Even if people don’t pay the tax, all the IRS can do is deduct what they owe from future tax refunds — if they qualify for one. Laurie Tirmenstein, a self-employed piano teacher in Texas who now brings her kids to the emergency room when they’re sick, says she’d rather pay a $250 penalty than about $1,800 for an insurance policy. “I could much more easily afford a dadgum penalty than to be saddled month after month after month with this kind of premium,” she said.